I lived for decades at the command of Time, Inc. That’s how I understand it after nearly a decade now adjusting to the rhythm of nature. Before that I’d lived like most others in the post-industrial world with a calendar that was invented not by nature but by men. As a young student bells sent me scurrying from one room to another along with the rest of my peers.

I didn’t like it even then, didn’t understand it, though I was always curious and loved learning.  But as I had known nothing else, as a university student I thought it a fantastic improvement to be free to walk from building to building based on my watch, free-range and bell-free.

I thought Time, Inc. was ingenious as it got me on the planes and trains and kept me punctual for my various social roles as a student, a teacher, a patient, a shopper, a volunteer, and the various other obligations of ‘she who is participating.’  The clock got me to the concerts on time.

“Get in the game!” was the advice from all directions. I did sometimes question this word, ‘the game.’  Is that what this is?

I have never been a big player of games; I don’t particularly like them.  At one point it occurred to me, so, if this really is a game, I can choose whether or not to play?

So, slowly, little by little, I began to remove myself from the game. Like all games the ones who’ve created the game make the rules. It is only a one who follows the rules who wins the game. You may scoff at this analogy now and say, but there’s so much corruption and crime and it clearly pays, so it’s actually breaking the rules which gets one ahead. If this is what you are thinking, you haven’t yet understood the game. The game is working as it is meant to function.

I figured not only did I not make the rules of the game, I don’t particularly like it and I started to resent all the advice that insisted I continue playing it.  Seems logical enough that you can’t win a game if you don’t like playing it. Or, maybe you can, but then you’d be winning just to win and not because you enjoyed playing. Not really my style.

Notice I have now started five paragraphs with “I.” I do this quite deliberately.

“I” is who I know, not you, not we, not them. To know oneself is not to know all men and this is part of the on-going collectivist brainwashing flooding the culture. We are not all one. We are not all in this together. We are not all created equal. In fact, we should, in my opinion, stop striving for equality altogether. It’s not working.

I admit, I was once one who said such things as this on my first website nearly 20 years ago: “Once we have leveled the playing field in education around the globe communication will flourish and then we can call ourselves One World.”

I had drunk the Kool-Aid. I really believed this then. I was too young and optimistic to understand that ‘leveling the field’ meant leveling it to the least common denominator, not the greatest. I did not understand Globalism at all and thought ‘One World’ sounded pretty awesome and fun.

I was a card-caring member of Time, Inc.

I remember one night on the exquisite Old Town Square in the Czech Republic gazing with a large group of tourists many an evening at the famed Prague Orloj, a working astronomical clock 600 years old. It was one of my favorite spots in the city, a city where I was lucky enough to live before the latest great invasion of mass tourism.

I remember what the Charles Bridge looked like at night in winter with only a handful of locals walking over it.  Back then there was a free puppet show behind a makeshift stand under the bridge where I sat on the ground with a dozen children listening to them laugh, which was making me laugh. That was 1989.  I have photos somewhere in a box that are mostly blurry or dark, sometimes in black and white, because that was the only film I could find there to buy. 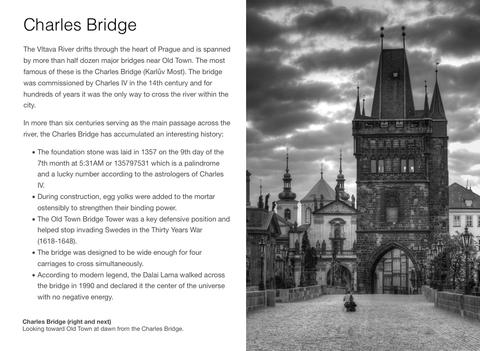 Fast forward a decade, then two, and you can barely get over the bridge and it has become a sort of tourist marketplace. That pesky Progress at work again.

I’m not bitter, though I know I sound that way sometimes. I still have my memories, one of the few states which has remained, at least in part, at least for now, beyond Time, Inc.

So it was one night, as I said, on the exquisite Old Town Square gazing with a large group of tourists (not quite this large!) waiting for the Apostles on the clock to do their nightly dance, when an English-speaking drunken youth passes between the clock and the upward gazers, his back to the crowd, raises his arms in worship and slurs at the top of his lungs as it begins to chime on the hour, “Oh my God! Oh my God! OHMYGODOHMYGOD!!!!” Falling to his knees theatrically then, to the astonishment and awkward chuckles and eye rolls from the crowd.

I laughed at the time, mostly at the audacity of it. Now I wonder if that sauced joker realized how genius his move actually was. And how memorable.