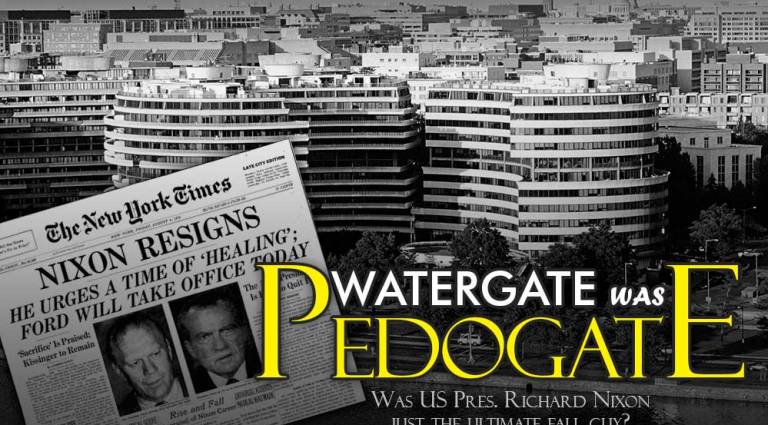 Source – geopolitics.co – “…In 1972, Rothstein arrested one of the five Watergate burglars, CIA operative Frank Sturgis. During a subsequent two-hour interrogation, he discovered the truth about Watergate. The burglars sought something they nicknamed “The Book” which listed the Democrat and Republican politicians who accessed child prostitutes, their sexual proclivities, the amounts they paid […]

via THE PEDO-FILE: ‘Watergate was Pedo-Gate’, 70% of Top US Officials Compromised — RIELPOLITIK