While the mainstream media amps up its fervor around all things ‘technologically-advanced’ I’d like to bring folks back down to earth.

The Age of Information is locking down and it is now very difficult to find any criticism about Smart Cities.  Unless you know exactly where to look, the search engines will lead you astray, into the mire of propaganda surrounding this latest attempt toward technological takeover in our society.

What’s so wrong with “Smart Cities”?

Let me count the ways!

Tiny, temporary, expensive experiments that don’t address the underlying problems, but convince the public its problems are being solved.

Total Surveillance sold with a smile for ‘your protection’. Along with The Internet of Things, facial recognition technology and digital currency your life will be monitored like is currently being rolled out in China.

It will start mildly, build incrementally. Right now it is debtors who are being targeted, with no discretion on how/why the debt incurred, whether for a medical emergency or the propensity to overspend or the fact that you had to help your widowed mother does not matter a hoot to the Almighty Algorithms. 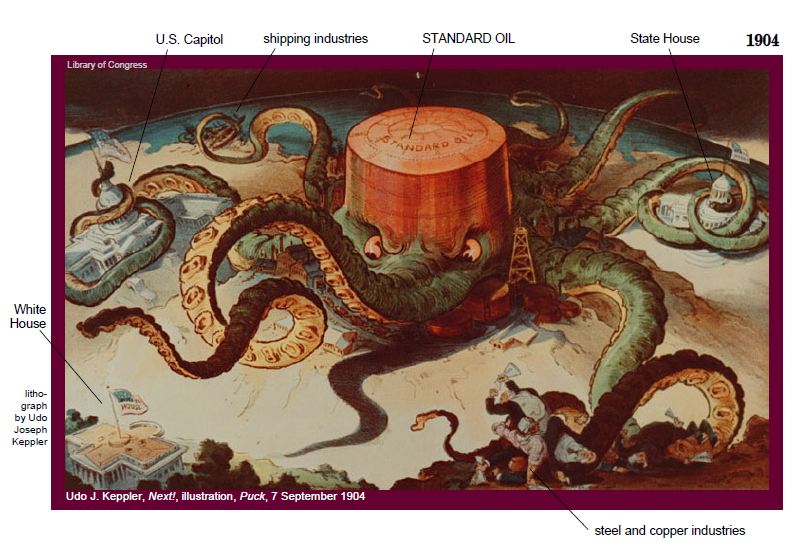 In short order it will become anyone who hasn’t kept up with the annual vaccine schedule, or those who criticized a government official, or those who didn’t put in the required hours of community service, and on and on.

When I lived in the Czech Republic and asked the elderly ladies about what it was like when the Soviet tanks rolled in, I heard the same sort of story repeated:

”We had no idea what they were capable of!”

It was not that long ago, there are still some folks around who remember. Not too much about human nature has changed, as far as I can tell, in the few generations that this just happened. Sometimes cliché becomes cliché because it’s true:

Those who forget history are doomed to repeat it.

Centralized Control: control the food, control the water, control the power, control the animal. It scares me most how many folks actually want this, human beings who actually prefer to be controlled by a distant authority. What does that say about an individual’s character when they trade liberty for security?

I’m not saying an old lady move unprotected into the wilderness, but surely the other extreme is equally foolish. The cost is life itself, because when you give that much control to another over your Being it then becomes their choice whether you live or die, that’s the plain and simple.

Do you trust your government that much? Are you sure they care about you all that much?

Just let that sink in a moment.

Ever seen the Wizard of Oz? In today’s Smart City no amount of travel along the yellow brick road will lead you to the almighty Wizard.

Everyone will be following the dictates of The Algorithms. The more concentration of any population you have in any one space, be that populations of cattle or chickens or humans, the more strictly their behavior must be regulated for the safety of all. This is why in the factory farming of pigs, for example, they are forced to take drastic measures like cutting off pigs tails so other pigs don’t bite at them, creating wounds and therefore disease potential.

The number of vaccines the government now deems necessary is a direct reflection of this common sense fact. My grandparents as children had 0 vaccines, yet today the average toddler will have had well over 30 if their parents followed the CDC (Center for Disease Control) guidelines.

Resource Scarcity: It is a real shame to me that as a culture we have lost the skill-sets that provided our ancestors the ability to thrive as individuals, families and communities over thousands of years. This is the main driving force in our lives here on the wee homestead, to reclaim some of these skills and demonstrate that it is doable and even rewarding. The further removed one is from their food source the more vulnerable he is and that is a valuable piece of common sense which it seems to me too many folks these days have lost.

And just like we are now finding in the cyber world, there will be absolute control of information.  Information is a very valuable resource. As fast as they can now pull Alex Jones off the cyber-grid, they will do the same to whatever or whomever they choose.

“You may find that your results in this thought experiment depend largely on where you place your trust. If you trust the dominating class more than you trust people as a collective, you probably find this idea terrifying. What if everyone starts thinking wrong thoughts and believing wrong beliefs? What if everyone decides that humans can fly when they leap from rooftops and running with scissors is safe? What if everyone decides the Holocaust never happened and says “Hell, that means we get a freebie! Let’s get our Final Solution on y’all! Yeehaw!”

If, however, you trust humanity as a collective more than you trust a small group of sociopathic, omnicidal, ecocidal oligarchs who killed a million people in Iraq, you might suspect that whatever happened would surely be better than what happens in the current paradigm.”

Disaster Vulnerability: High concentrations of any species in one area is antithetical to natural systems. ALL natural systems. Balance is nature’s formula and a Wise City would try to mimic that, not over-ride it. None of nature works like this, so from the start we are trying to swim upstream, so to speak.

A Wise City would be based on bio-diversity, not energy and technology. No matter how seduced folks become by the technological society and man merging with machine and cybernetics, robotics, transhumanism, and so on, we are still in this period of history made of flesh. Carbon-based creatures that we are, our primary focus, the first level of concern needs to be on our health.

Modern society has not brought us better health. The stressful environment, the poor nutrition, the poor healthcare of modern city life all contribute and everyone pays for such high concentrations of people in one area.  It’s not just that they divert vast amounts of research and resources, they also create enormous amounts of waste that then have to be redistributed. New York City carts their waste off to the rural south! What is rational, or fair, or sustainable here?

After Hurricane Katrina in New Orleans there became a moment during the reconstruction phase when I realized what was happening was not ineptitude, not incompetence, but in fact organized disaster capitalism. You can call it collusion or conspiracy, but to me that’s unnecessarily splitting hairs.

I knew something bigger was happening, a sort of coup in slow motion, and today New Orleans is a prime prototype of the Smart City.

Coincidence? I think not.

Run by Criminal Cartels masquerading as philanthropic organizations. The Rockefellers, Carnegies, Rothschilds, the tax-free foundations, the Royal families, the Dynastic rulers, they are not here to make the life of the common man better. That most folks still don’t realize this demonstrates how well they’ve played this Big Long Con based entirely on marketing, public relations, and the public’s general gullibility.

Just to be clear, I’m not anti-city at all. I’ve been to some gorgeous cities and lived in a few, too. But these Smart Cities aren’t wise, though they’ll be run by wise guys, no doubt, (bad pun intended!) and what’s even worse is giving away your power, your privacy, your proximity to real life (which is the natural world, not the man-made world), your self-reliance, the wisdom of our ancestors.  What are you trading it all for, and have you really considered the entire cost, now and future?

Let me go out on a real limb here and suggest that the real goal of the Smart City is to create chaos and Scare-City, in order to create a Human Lab to study human behavior to such a minute degree for a Greater Agenda, which is to eventually do away with the bulk of us (aka eugenics), and make the entire World a streamlined People Farm, run by the same select few who are currently pulling the strings.

But . . . that’s just the conspiracy theorist in me, right?! In any case, if you move to one, or choose not to move away from it now, you can no longer say no one tried to warn you.

“Cities are part of the system we’ve invented to keep people alive on Earth. People tend to like cities, and have been congregating in them ever since the invention of agriculture, 10,000 or so years ago. That’s why we call it civilisation. This origin story underlines how agriculture made cities possible, by providing enough food to feed a settled crowd on a regular basis. Cities can’t work without farms, nor without watersheds that provide their water. So as central as cities are to modern civilization, they are only one aspect of a system. “

Really? I call hogwash! Cities developed to serve Empire. Period. They enslave far more than they enrich.  And that Empire thinks it’s its job to ‘keep me alive’, thanks anyway, but NO THANKS!  I do believe in some circles they call that racketeering. 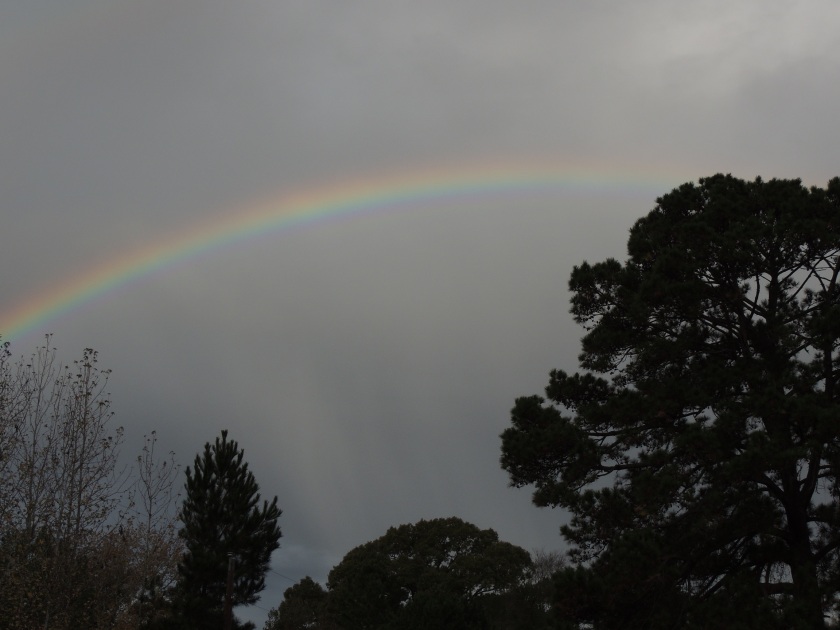