Balneotherapy, crounotherapy, the drinking cure, taking the waters–whatever you want to call it–chalybeate pools, hot springs and mineral spas have a very long tradition behind them.  And before I get accused of ‘appealing to tradition’ once again in order to assert the value of these traditions, there’s beaucoup science behind them, too.

But to find this science you typically have to go to the Russians, because in America they call it pseudoscience, at best, hucksterism, at worst.  http://www.texasescapes.com/DEPARTMENTS/Visible_Ink/Waters_in_Texas/Waters.htm

“From the frontier years of the Republic to the postwar years of the twentieth century, people flocked to the state’s mineral waters primarily for one reason–health.  In that sense, Texas springs were resorts in the truest sense, despite their relative anonymity to the rest of the nation.” (Valenza)

From the Journal of the American Medical Association, 1943: “Much of the discussion to follow on the historical background of resort therapy will be concerned with the forces which at different periods have raised this therapy to the central feature of medical care, have reduced it to the status of superstition, have diverted its main features into voluptuous cultural practices, have opposed its use on the puritanical background that its measures coddled the flesh that needed scourging from the sins of disease, have degraded it to a social fad, have allowed it to pass into the hands of the charlatan and enthusiast as a panacea, have obstructed it with the lack of economic provision for care and have brushed it aside with a disinterest that has come from attention fixed on only the novel in medicine.”
(Howard Haggard, MD) sited from “Taking the Waters in Texas: Springs, Spas and Fountains of Youth by Janet Mace Valenza

“The use of mineral springs for therapeutic purposes declined for several reasons. Many hotels burned or were washed away by floods, and rebuilding them seemed inappropriate because medicine had begun to change. With the rise of “germ theory” and the discovery of sulfa drugs and antibiotics, the belief in the usefulness of mineral water diminished. Many doctors supported water cures, but some began to eschew balneology, the science of bathing, because of some resorts’ extravagant claims. In Marlin the tradition lasted into the 1960s, primarily because the medical profession appropriated the practice and transformed it into a tool for physical therapy. Other factors, such as war and depression, also hurt resorts. The railroad guaranteed the success and demise of some resort.”

“Texas spas were unique among Texas towns and also different from resorts in the East. Daily life at these resort towns revolved around the waters. Architecture reflected the tradition. Pavilions and drinking fountains became gathering places for local citizens, depots attracted bands and drummers to meet trains, bathhouses set the scene for private ablutions, and large hotels employed big bands for entertainment. Other diversions included domino games, burro rides, picnics, and dances. Bathers overcame the fears attendant upon the theory of miasma-that harmful vapors association with swampy waters cause disease-to seek the sanative pleasures of the springs and wells. Osmotic exchanges with the water were supposed to benefit the body. Rheumatism, arthritis, and skin diseases were reportedly relieved more often than any other condition. (Valenza) https://tshaonline.org/handbook/online/articles/sbm11

Sounds to me like getting cured was a lot more fun back then! 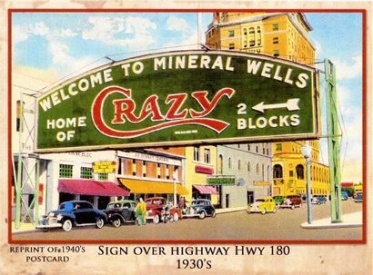 As for the science

It was Europeans like Ernest Kapp, an early geographer who opened the Hydropathic Institute, that brought these practices from their own countries and ancestors to ours. “Dr. Ernest Kapp’s Water-Cure Treatment included not only hydropathy, but also gymnastic exercises.” https://tshaonline.org/handbook/online/articles/fka01

Viktor Schauberger was another early researcher studying the properties of water.

For the deep dive into where the science stands now, including references to the numerous studies and on-going research, I’m definitely over my head with this newish publication, Pure Water: The Science of Water, Waves, Water Pollution, Water Treatment, Water Therapy and Water Ecology.

But it’s fascinating nonetheless and certainly convinces me our ancestors knew more than we often give them credit for.

One thought on “Taking the Waters”