I’ll be going down a deep rabbit hole for the next 4 posts into a topic I’ve done considerable research, have some periphery personal experience, and have become convinced over the years is a conspiracy of the most despicable order, and part of a plot to not only bring down American society, but as a key piece of a depopulation agenda.

I am pleased to have some additional support in this dive with a friend who agrees with me, usually, and as a recovering addict has an important added dimension to offer to the conversation.

It’s not just about the money, not by a long shot, which is where a lot of the discussion gets centered, and then stopped. That is not to say the economics of the issue is insignificant.

The cost of substance abuse in America is estimated at $740 billion annually, according to
https://www.drugabuse.gov/related-topics/trends-statistics

Drugs new and old, as ‘sophisticated’ as e-cigarettes and ‘basic’ as bath salts appeal to teens today as Marlboro and LSD appealed to previous generations.
https://www.drugabuse.gov/news-events/news-releases/2018/12/teens-using-vaping-devices-in-record-numbers

‘Legalization’ has led to a ‘marketing’ of natural products, like cannabis, and a bizarre ‘anti-marketing’ of manufactured products, like Fentanyl, which I believe get flooded all over the mainstream and social media in order to normalize, and even slyly promote, these highly-addictive and indeed dangerous drugs.

From ‘reefer madness’ to cannabis as the cure-all for all woes and illnesses under the sun.  And I smell another rat! 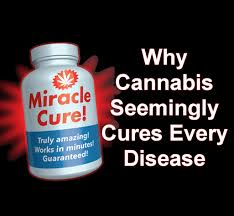 All this can’t help but make one question, what the hell happened to the War on Drugs?

Who won? Who lost? Is it over yet?
Did someone call a truce while I was sleeping?

For those as confused on the topic as I once was, there’s some essential learning needed to get y’all up to speed.

Lucky for us, a few very clever and creative folks have done all the hard work for us! These are both excellent works puzzling the many pieces together.

The Real History of the War on Drugs by Richard Grove

This is a tome of damning evidence, explicitly-referenced, that I cannot recommend highly enough. I’ve listened to it twice and with another three times I still could not absorb all there is to know within this 18 hours of information.

He covers the well-known aspects of the early ‘war on drugs’ years, like Iran-Contra, the Bushes and Clintons, the CIA, and ties them in with the more obscure angles of the conspiracy, like the Mena connection and numerous cover-up attempts.

The Minds of Men by Aaron & Melissa Dykes

This more-approachable film-length content unpacks the agenda behind some of the reasons for the drug-pushing, which is mind control and social control. It goes well beyond the now common knowledge of isolated MK ULTRA tests into a very dark look at psychiatric and medical involvement and endorsement.

It covers the brainwashing, indoctrination, re-education on a level that will be staggering to even those who think they already know and how these connect to the realities of cybernetics, AI, the neural net, and far beyond.

In case you’re wondering why folks can’t wake up to the realities all around them, I hope you’ll explore with me for the next few posts, because I think it’ll become crystal clear.