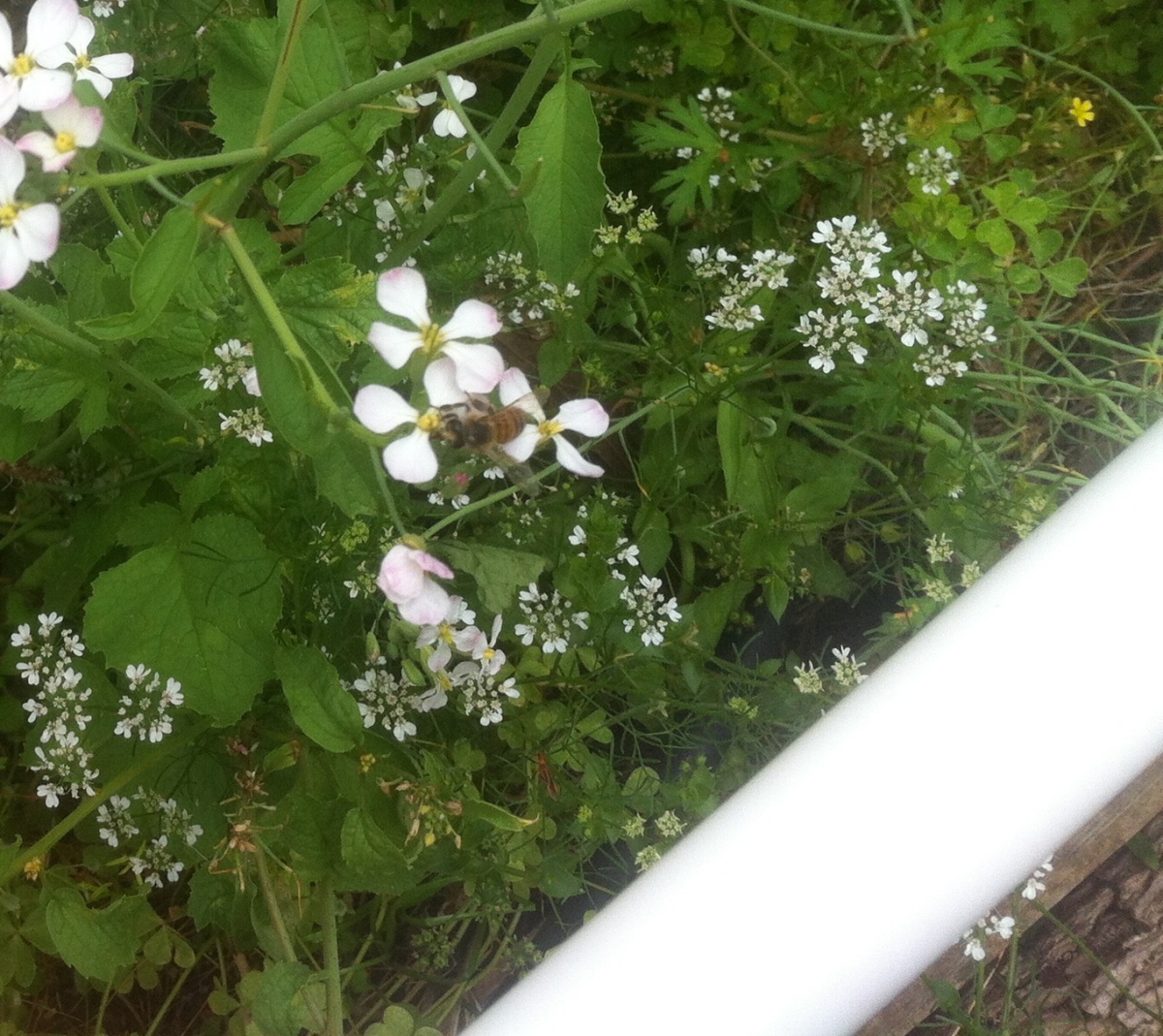 Honeybees know the value of their venom, they give their lives for it.  We know how precious is the value of the honeybees’ venom, understanding it as both cure and poison.

In natural healing bee venom is used for all sorts of cures, a number of them painful.  Honeybees can be merciless, even to each other, for the ‘greater good’.

What did I find today outside one of our hives but droves of drones, those are the males, kicked out by those bossy female workers who clearly decided they could no longer be supported. They will also kill and replace an unproductive queen without hesitation.

And me, being the opportunistic and cunning human that I am, collected these evicted dead bodies in order to make Podmore, considered an exceptional traditional medicine used to cure all sorts of ailments.

Quite unknown to American beekeepers, I wonder why, considering its value? Could it be they don’t like the thought or action of collecting dead bees?
Podmore

This reminds me of another big related beef I have with our current cultural climate: Weakness is not a virtue.  And neither is positivity.

I like the way Micheal Tsarion just put it in his last podcast, because I think it’s spot on. Our Prozac smile culture is in a “regressed state of animated autism.”

The Reign of the Terrible Mother

In Barbara Ehrenreich’s 2009 book, Bright-Sided: How the Relentless Promotion of Positive Thinking Has Undermined America, she underscores how hard Americans have been working to adapt to the popular and largely unchallenged principles of the positivity movement, our reflexive capacity for dismissing disturbing news, whitewashing tragedy as a ‘failure of imagination’ and relentlessly spinning suffering as little more than a growth opportunity.

While in fact I am writing now out of a spirit of sourness and personal disappointment, unlike Ehrenreich according to her intro, I nonetheless find much value in her final paragraph: “Once our basic material needs are met—in my utopia, anyway—life becomes a perpetual celebration in which everyone has a talent to contribute.  But we cannot levitate ourselves into that blessed condition by wishing it.  We need to brace ourselves for a struggle against terrifying obstacles, both of our own making and imposed by the natural world.  And the first step is to recover from the mass delusion that is positive thinking.”

One of the very many things that fascinate me about the bees is that the Freemasons so covet it as a symbol.  I can imagine there are many reasons for this, most of which will probably remain a lifelong mystery to me.

At some point the bees simply refuse to adjust any more and they swarm, this is a natural, healthy, cyclical process, which most American beekeepers try to avoid at all costs.

We seem as a culture to abhor natural processes.

As cruel as this is sure to sound, could it be that maybe swarms and cullings are natural processes for humans as well as bees?

2 thoughts on “The Value of Venom”