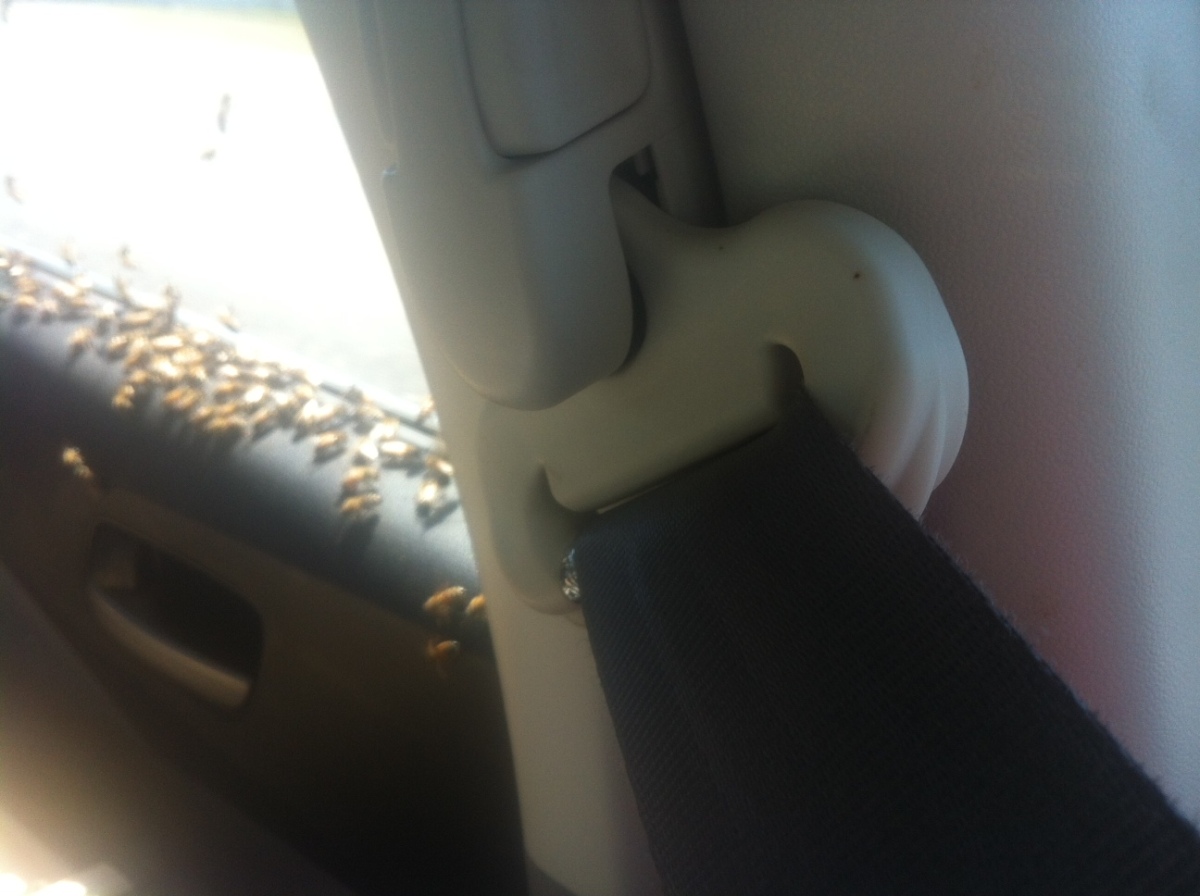 “I’m selling you bees on Friday so you can kill them in your top bar hives.” so smirks JC of Frost Apiary in the Ouachita Mountains, Arkansas.  I drive 2 hours across the small mountain range from my dad’s place in Mena, which is a 6-hour drive from our East Texas homestead, mostly because gentle, treatment-free bees are not too easy to come by here.

We’ve got some bad genetics in these parts, as my nearby beekeeping friend and I can both attest to, only she got proof of her Africanized bees on video.  Had someone been filming me as I tried to work with mine, it would’ve been cartoonish and probably hysterical as I ran circles around trees trying, in vain, to get the vicious little buggers off me.

I’ve yet to meet a commercial beekeeper who doesn’t scoff at the Kenyan-style hives known as ‘top bar’ or sometimes called ‘horizontal’ hives that are now trendy with hobbyists.  I chose them as a completely novice beekeeper for 3 reasons only: weight, esthetics, and the personal preference of the teacher of the beekeeping workshops I took.

Clearly none of those reasons would impress JC even remotely, so I kept them to myself.

For those of you who might be curious about this less-traveled region of the fly-over states, but without the time or inclination to actually visit, here’s some of what I saw, and smelled in that 2 hours.

There were approximately 20 Jesus billboards, 10 churches, 2 banks and 1 gas station, thanks be to Jesus perhaps, because I was running on fumes by that time.

As for the smell, unless you’ve had the misfortune to experience the poorer areas of Bangkok in rainy season, you will not have approached this particular olfactory ballpark.  It is directly related as to why you see houses on the left directly juxtaposed to houses on the right. 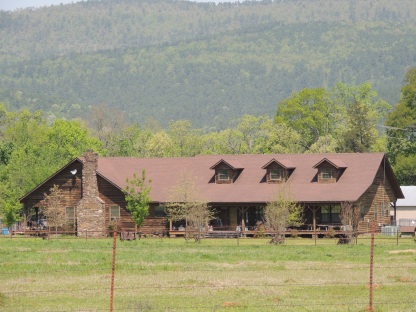 You might have guessed, get-rich-quick by factory farming.  If the entire region then smells like you live in a baboon cage at the zoo, well, at least you have the means for air conditioning and Febreeze spray.

JC and his wife busy themselves moving around the shop and yard, bees buzzing all around, as he offers me advice.  After 5 minutes of this he says, “I want you to go now,” which he repeats again after 10 minutes, and then again after 20.

“My health’s no good,” he also repeats several times, taking his ball cap off to reveal a fresh scar the length of the top of his scalp where a tumor was recently removed.  He says he has a similar scar down his chest, a barrel of a chest still I notice, at nearing 80 years old.

“You might take it a bit easier,” I suggest, because I know how heavy those Langstroths get and I’ve just watched him effortlessly move several around the yard.

“He doesn’t believe in that!” his wife answers for him.  Despite his stooped posture and some less than urban-refined social graces, his eyes are still bright and his mind and tongue sharp, which greatly softens any coarseness, in my opinion anyway.

They then carefully load up my impressively-packaged bee packages in the back seat of the car and I set the feeders on them overnight until my 6-hour drive home the following morning.

Calm, happy, well-fed, well-contained bees ready for a wee road trip.
Or, so I thought!

I’m not sure at what point I fully took to heart that the bees were not at all well-contained.  At first, I just thought I had a few roaming co-pilots, not a problem.

Then about high noon, still 2 hours from home, I made a pit-stop for gas and a sandwich and return to the car buzzing with hundreds of loose bees, inside and out.  I have a moment of panic before realizing I at least need to move the car away from the main traffic area of the convenience store while I devise a plan.

Once at the corner of the parking lot I realize there is no plan to be made. There was no quick fix to this problem; I had no equipment to get the boxes apart and even if I could I could not figure out where the leak was coming from.  I had a single choice and no other, leave 4 packages of bees in the parking lot right now, be out the time and the money and the bees, or get back in the car and finish the trip with them.  It was all, or nothing. 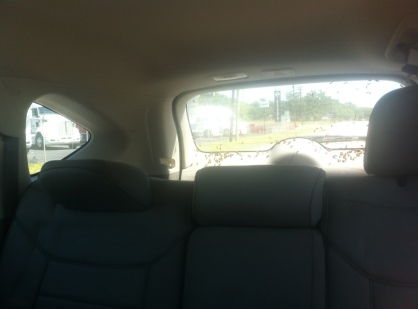 It was worth the bees crawling over my arms, my face, my sunglasses to see the passersby at traffic lights gawk in stupor!  Handy Hubby, being the wise guy he is prone to being, suggested with a chuckle that I visit the McDonald’s drive-thru.  🙂

Because as an American I can’t resist a happy ending, I waited a week to write this post until I had one:  We now have four queen-right colonies happily nesting and growing in top bar hives.

The first of my determined objectives, as I stated plainly to JC before I finally left his apiary, “I will be your first successful top bar customer, I betcha.”

2 thoughts on “Renegade, Stupid, or Stubborn?”