I think he’s becoming a perfect disciple of civil disobedience and further honing his already natural aptitudes in that essential discipline. He complied with Costco’s face mask dumbass police-y, but at least he makes it expensive for the collective in so doing.

So, of his own accord, he chose to crowd the bubble. He wore the mask, because we have a fetish for bulk shopping, and I hate shopping. He took another one for the team.

He just made a few of his own rules along the way.  Like, once a shopper’s indecision caused him a moment’s annoyance, he broached the six-foot distancing zone, causing enough discomfort for the shopper to stop hemming and hawing and make a choice already, so he could move in for his kill.

As further recrimination, he repeatedly pulled down his mask.  Why would he pull such a stunt?  Oh, just because he couldn’t breath.  Well, I guess breathing is considered the entire reason for social distancing these days, so mark that another winner!

For my part, I slowly, oh so slowly, basked in the empty aisles of my favorite antique store, touching everything of even remote interest.  I filed longingly through several old books and bought a few, with cash.  Then I put another few items on credit card, and watched as the clerk, who knows me now, because she knows I love it there, use hand sanitizer.  I said, “You know, I know you’re following police-y, but that stuff is not good for you.”  She confided, I know, I’m just trying to be cautious and accommodating.  I said, with a wink, refill the bottle with lavender-scented water and aloe vera gel , no one will suspect a thing. 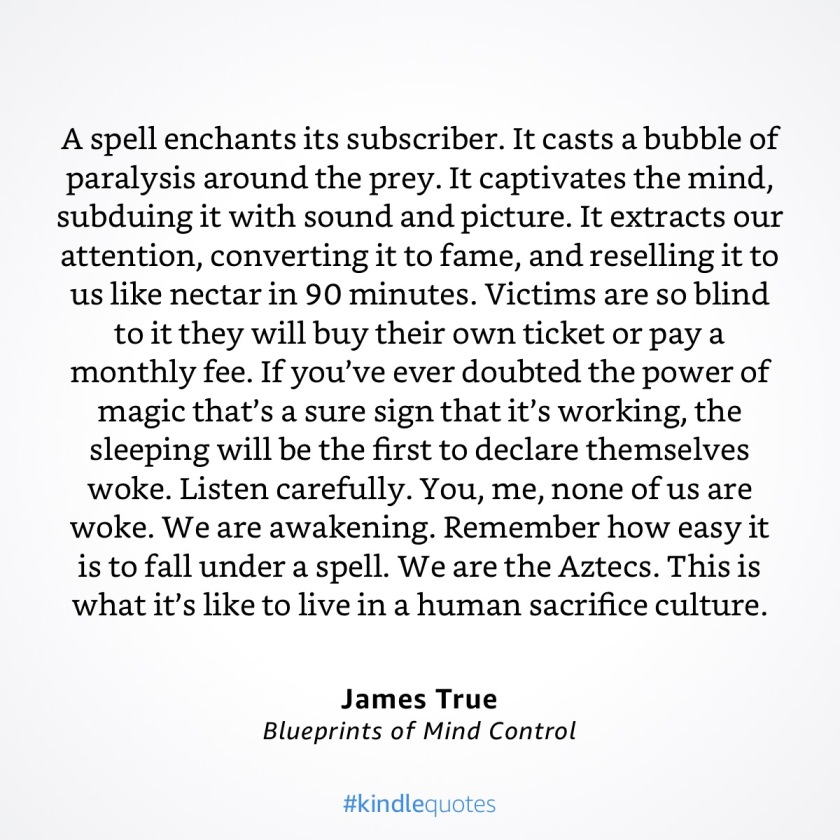  
Recently, one of Hubby’s passengers was tested positive for the cornholio, now he’s lying in the hammock drinking beer for breakfast. This is what quarantine looks like here at Chez Shell, aka Kensho Homestead.

Thanks Corporatocracy! Greatest Apocalypse Ever!

I will end here and now blessed with a river of knowing in this song, passed along through the hands of one receptive woman, and in deep bows to those who are waving along the banks as I flow, have inspired me, challenged me, caused me the pain and chaos that sparks my flame, as an individual, passing, in wisdom.

And occasionally, with great and aching discernment, even very selective gratitude.

I’ve had a recurring nightmare for a decade or so.  This is not unusual for me, I’ve had them all my life, the contents and themes just shift.

I only have an elementary knowledge of dreams and their symbolism and I avoid over-researching in this domain, because I believe these things to be highly subjective.  But still, I try anyway to record them and discern their meaning through dynamics happening in my life and all around me.  I know someday I’ll have a broader lens and previously unseen layers of the dreams will be revealed at the right time as long as I don’t fall for the illusion and convenience of ‘forgetting’.

This most recent recurring stream recently ended and I’m so glad for that.  I believe energetically the message the dream meant to convey was purged, after a traumatic few months last spring, which thanks to any kind readers who’ve hung around that long and are paying attention, because I don’t have to repeat the entire storm scenario.

This recurring nightmare was different, but very similar versions of losing everything and being lost—being alone in a big, foreign, sometimes bustling, sometimes abandoned city, unable to contact anyone because I was without money, had lost my wallet, phone, even my shoes and sometimes clothes.  I’m always barefoot in these dreams, on the pavement of a foreign city, completely without support or resources.

Then just over a week ago the dream shifted, dramatically, for the better.  It started off just the same, no wallet, no shoes, no phone, no contacts, in another crowd, of this time all women.  I’ll skip the boring details.  It was some kind of meeting group in a mall, I set my bag down for minute, then walked outside.  Once outside I realized I’d forgotten my bag, knew just where, went right back in, but the bag was gone.  I immediately yelled at the women there to give me back my bag, that I know someone took it, and I was very angry.

All of sudden, a woman threw my bag back at me.  And then a dozen women began throwing at me all the wallets I’d ever ‘lost’ (in the dreams).  I was stunned, but happily so, and was marveling at all the different shapes and colors of them from over the years.  My anger that they might have been stolen, and my shame that I’d lost them, dissipated instantly.  I smiled, dropped them all and walked back out the door.

Today I read two excellent article by Michael Tsarion, and listened to an interview on it.  It struck me that these passages are related somehow to what I hope is the permanent passage of this nightmare for me, and also where I think the culture in general is currently circling the drain.

All text below from either of two recent MT articles: Souls in Darkness and/or

“Basically, human consciousness and behavior are directed by the search for pleasure and the avoidance of pain. The Marcusans decided to co-opt this basal tendency and use it as a tool for building the utopian society they wish to see replace Western civilization.

The Marcusan plan was to establish a society based on the Pleasure Principle. They believed they were following the course of history, and that their dream was quite rational.

Success was assured as long as one systematically removed obstacles causing distress, want and injustice. Hence the welfare dependent “Nanny States” that now proliferate throughout Europe and America. Hence the endless supply of bread and circuses and “good times” had by all.

Nine times out of ten, there’s not much wrong with the psychopath’s sexual life. Why should there be? It’s just a physical act. Because no feeling is involved, and because there’s no genuine care for the other person, what’s the problem? The psychopath has no hang-ups in this regard, no need to sweat bullets like a neurotic or seek out head-shrinkers to help him develop confidence with the opposite sex. Sex is mere recreation for the psychopath.

Indeed, male psychopaths often have no problem getting dates. Many women actually find themselves attracted to them, adoring the fact that they can finally be with a “man” uninhibited by loathsome morals, ideals, sensitivity, hang-ups or qualms. They just get on with it, and don’t care about boring social graces. In extreme form this condition is known as Hybristophilia.

Since the psychopath is unencumbered by emotion, he can easily focus his brain and learn things quickly. If he already has a high IQ, his success is certain. This is why we find a great many psychopaths in high places. They covet the power offered them by religious and political appointments. Our present hierarchical systems make it easy for psychopathic types to excel. Indeed, our world is infested with them. Without upgrading our psychological knowledge, we have no way of ridding ourselves of their loathsome presence.

Sadly, no expert on pathological types dares utter a word of this in public. There’s no longer any mention of the effect on society of psychopaths in high places, and no comment about how whole nations can be psychopathic.”