Diana or Diva? Mary or Medusa?  Sinner or Saint?

Toxic femininity was the subject of the last post, so now I’d like to explore the opposite, what is Divine femininity?

It’s not at all easy to define the divine feminine through the eyes of the female, because much of its interpretation has come to us through the voices of men—whether that feminine is revered, as in Tantric writings, or reviled, as in much of the Roman writings and into the later religious traditions.

I offer this opinion simply to add to the growing conversation as a middle-aged woman coming late in life into a deep relationship with the land and nature.  I am still a novice, but an enthusiastic one.  The one thing I can say with certainty is this subject cannot be approached without including procreation, and therefore sexuality. 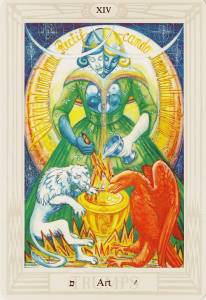 “Before there was the Word, there was the land, and it was made and watched over by women.” If Women Rose Rooted: The Journey to Authenticity and Belonging by Sharon Blackie

I believe the divine feminine can scarcely be found in modern civilization in our time.  At some point in our history the sacred marriage of the masculine-feminine partnership was usurped by the master-slave relationship.

“Like many of their Eastern counterparts, Jewish, Christian, and Muslim mystical writings also tend to relegate the physical to an inferior place—so much so that in Christian mysticism the body is often viewed as intrinsically base.  And while the feminine is still sometimes idealized in the abstract (like the Shekinah of Hebrew Kabbalistic mysticism or the Christian Virgin Mary), woman, and particularly woman’s sexuality, is frequently presented as a danger to man.” Sacred Pleasure: Sex, Myth, and the Politics of the Body—New Paths to Power and Love by Riane Eisler

Goddesses and female saints such as Brigit and Arianrod were dismissed, others such as Demetra are turned into males, others become hemaphrodites (in our time now called Intersex Individuals, or Transsexuals, and considered to be the pinnacle of human perfection—the reason why children are being taught a dozen new pronouns and ‘gender fluidity’ is being pushed across the global culture.) https://www.georgepetros.com/writings/gen/newherm.htm

“By minimizing the importance of what happens on Earth and counseling acceptance of suffering (and even its embrace) as a ticket to spiritual development and divine rewards after death, the Church not only distracted people’s minds and energies from seeking less oppressive social alternatives; it actively reinforced the hold of dominator institutions, beginning with the institutionalization of male dominance.  So when women equated love and bliss with submission and suffering, and when they saw martyrdom as their highest vocation, it was in part due to their indoctrination to view abject obedience and acceptance of suffering as the greatest womanly accomplishment.” 153 R.Eisler

Girls raised to believe they are ‘sugar and spice and everything nice’ become blind to their true gifts and crippled by their lack of power.

Kindness, generosity, caring, cooperation, of course these are pleasant traits often attributed to good mothering, and positive aspects of femininity, but they are only divine when they are authentic.  They can just as easily be employed from a place of self-serving manipulation as they can in genuine concern for another’s well-being.

Gracious, thoughtful, considerate, charming, ok, but for their own sakes, for the sake of beauty and care and tenderness, not as tools to get ahead in the dominance game.

All our most divine-sounding characteristics have a dark side.  Take humility as an example.  In its negative aspects we get avoidance, passivity, dismissiveness.

The divine feminine is NOT passive, she is receptive, and that one word makes a vast world of difference.

How can you tell the difference?  In a culture where constructive criticism is considered hate-speech, that’s not easy.

In a nut-shell, if it comes with strings attached, it’s not genuine.  A gift is not a gift if it’s forced upon you, or if your approval and appreciation of said gift is a requirement.

One of the most obvious (invisible) strings is ‘image management’.  Your experience is devalued, minimized, rebuffed, or ignored.  She’s above criticism, she deflects or sobs or eye-rolls your thoughts and feelings away.  Her ego and personal comfort are more important than her loved ones’ well-being.

Just turn on the television or open social media and you’ll have an avalanche of toxic examples to choose from.

Or, save yourself the torture and close your eyes and imagine what the only strings of the divine feminine might be.

One thought on “Feminine Psychology (Part 4)”