Oh my, I suck again.  Of course I already knew goats are notoriously mischievous.  And as a habitual novice, I expect mistakes and steep learning curves, but a nearly fatal accident before my new kids are here even a week?

Don’t worry, the story has a happy ending or I wouldn’t be writing it right now.  I’d still be sobbing, watching chick flicks, eating popcorn, and overindulging in kombucha cocktails, like I did all afternoon yesterday.

I don’t handle this kind of thing well at all.  In fact, even that expression ‘to handle it’ is too generous, because I barely do.  What actually happens is I panic, get hysterical, panic some more, act out of sheer desperation, and then sob, whether or not I was successful.  I have so much awe and admiration for real farm folk, the kind that grew up with livestock, so that all this life and death drama is second nature to them.  But I grew up like most Americans, very sheltered from death and the other common dramas of nature.

I woke up yesterday morning and went directly to the corral where I have the new kids penned up, for their safety, of course.  No, not at all of course.  Phoebe, once the tamer and more exuberant of the two, had wedged herself in the feeder, she was on the ground not moving, I thought she was dead.  Panic ensued immediately.  I left the gate open as I rushed to her, and out bolted Chestnut, who then also panicked as the dogs began pursuing her eagerly around the corral.

Phoebe’s neck was twisted in a horrific way, but she was still breathing.  And I couldn’t get her out.  I struggled for what seemed like 20 minutes but was probably more like 2, absolutely beside myself.  I thought for sure if her neck wasn’t already broken, I was breaking it without a doubt.

I did at last get her out, she tried to stand, head and neck terribly deformed, and fell right back down again.  My mind was racing and whirling and the very thought that I was going to have to put her down had me collapse in a heap of sobbing.

She barely moved all day.  Miraculously though, she’s now recovering.  She doesn’t have her voice back at all, she’s more skittish, but she’s eating, and I am so grateful, and so lucky that my ineptitude and panic didn’t cause nearly as much pain as expected.

Something good in fact came out of it—I realized the wild grapes are ripe as I tore at the vines to bring the kids.  Today’s a new day and there’s no time to keep crying over milk not even spilled. 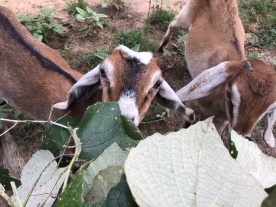 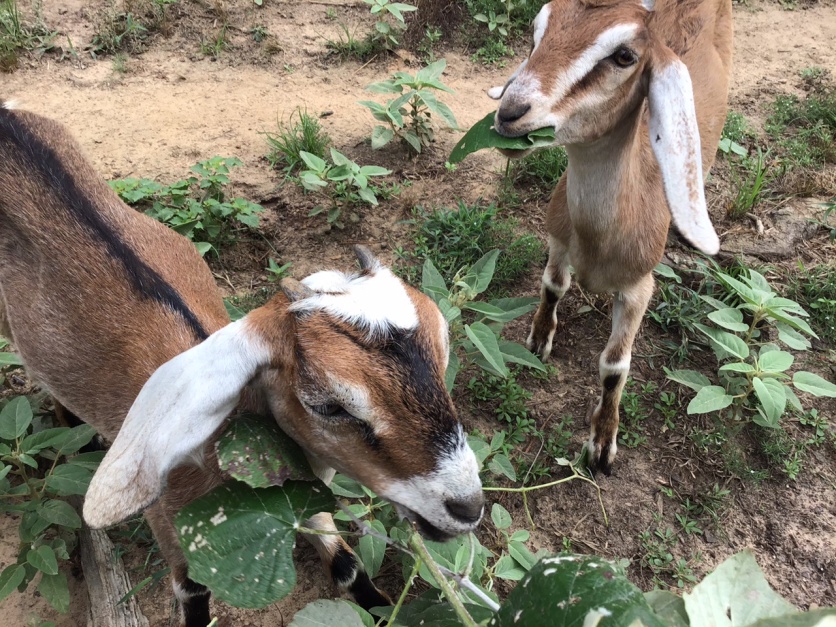 3 thoughts on “You’re Kidding Me”