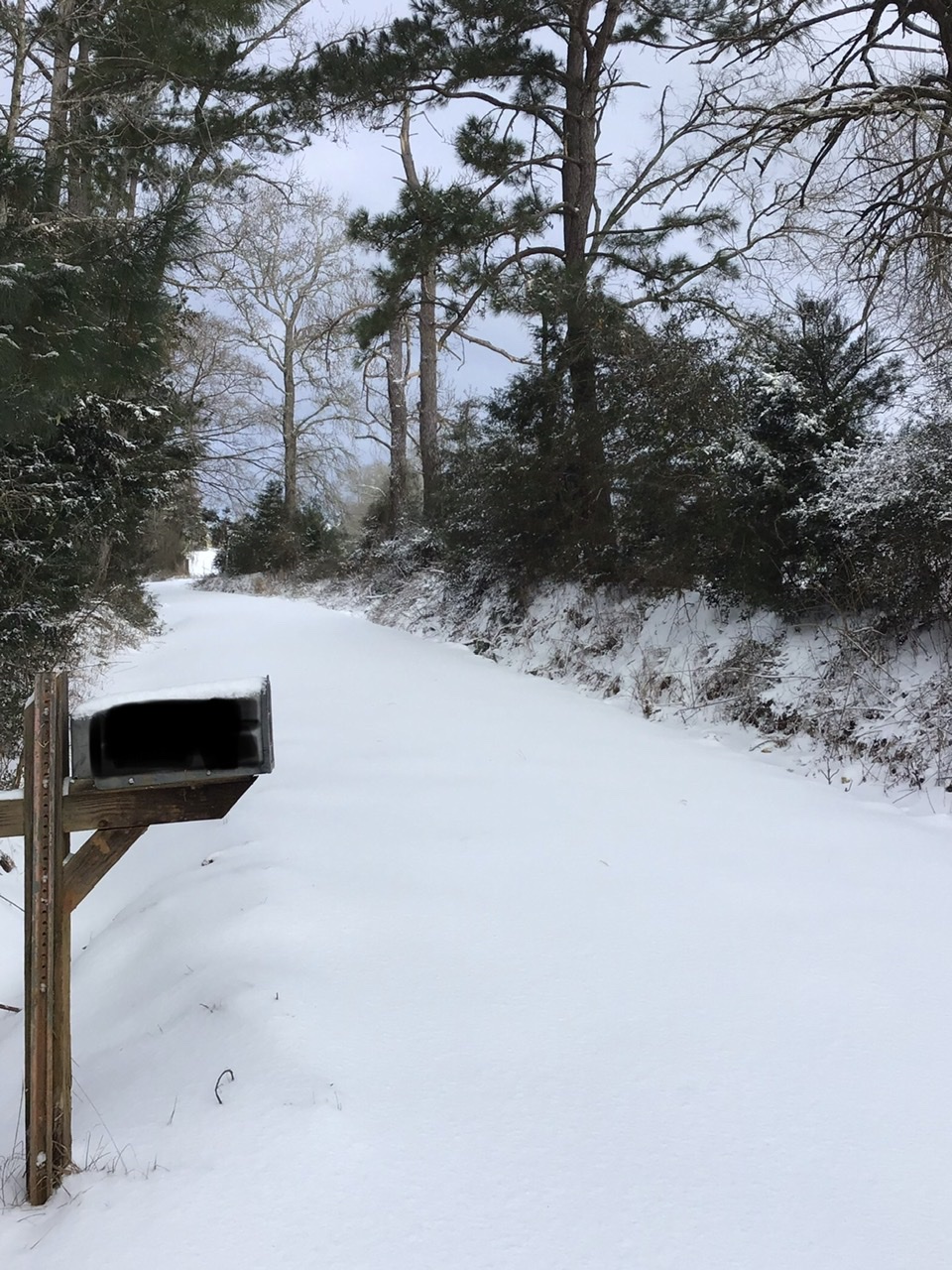 It’s weather warfare and if you don’t believe me I challenge you right now to prove me wrong. Do it in whatever way you wish—curse me in the comments as a conspiracy theorist nut job, list the establishment excuses pretending I’ve not heard them already, recite the usual ‘statistics’ proving this is somewhat ‘normal’ since it happened once already (supposedly) in 1930.

And thank you deeply to those friends and family who have reached out with their concern for us and our critters. This is rare and extremely appreciated. Thank the heavens that Handy Hubby is here, and on task. He has reinforced the corrals with tarps and brings the critters hot water and we’ve got all 4 big dogs inside, which is quite a tight situation here in our wee cottage.

Freezing temperatures and snow and ice accumulating for a week sounds normal for much of the country, but in East and South Texas this is unprecedented in any living memory. Our homes, plumbing, barns, infrastructure, etc., are not designed to deal with such weather.

It seems we’ve now got the worst of crazy climate convergences in one state—Drought, hurricanes, tornadoes, floods, freezes, snowstorms, hail, and whatever else the weather terrorists dream up for us.